Dreams As A Warning 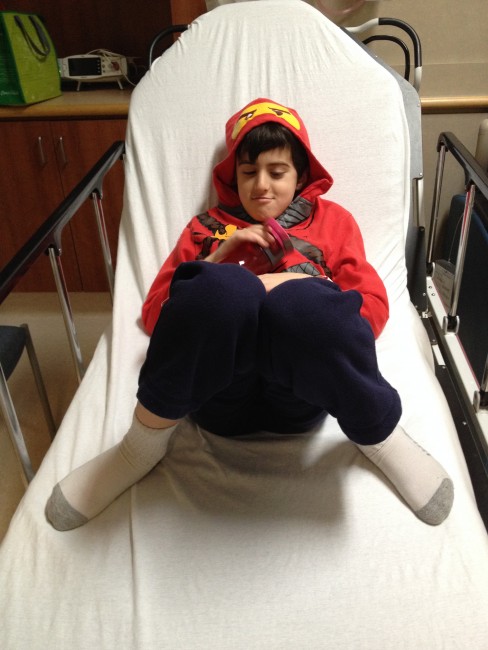 Have you ever had that one dream? That dream that feels so real it shakes you to the core? That dream you are scared to tell anyone because you fear it will come true? I had that dream. It started a year before Madox was diagnosed, but I never once told anyone about it. Not even my husband. It frightened me so much, yet I kept having that same dream. So vivid, so gut wrenching. I could feel my heartache when I would wake, it was so real.

The dream was short but long enough to shake me. I am standing in the ER, always in the same room. Madox is sitting up on the bed watching TV while I am talking to him. We are both looking well and smiling. When the dream first started I thought it was just Madox in the ER for asthma treatment. It’s the first room we were ever in for that reason, so I just thought it was that memory.  As the dreams started coming more frequent, I would see more of the dream. I would feel my anxiety when I would wake but didn’t understand why. Then finally I would see one thing that explained it all to me. The full dream was the above description, then a nurse walks in. That is when my dreams would stop. It never went forward, it always halted as soon as I saw this nurse walk through the door and I begin yelling at her to get out. That nurse is a nurse I worked with years and years ago. She was the charge nurse on the oncology ward. She was the one to go down to the emergency unit if there was a newly diagnosed child, and some support and education was needed before getting transferred to the ward. She was NOT the person I wanted to ever see. Yet she kept visiting me in my dreams.

Why was I having these stupid dreams? I hated them. I hated that I was thinking this. I remember sitting at a coworkers desk talking about her sick daughter with pneumonia. She was feeling guilty for calling in sick so much that week but I told her our kids are more important than any job. She said she always fears about major illnesses like cancer and I agreed. She was reading a statistic that said 1 in 4 get cancer. I don’t know why I said this to her but I remember saying “if anyone is going to get cancer in our family, it will be Madox.” I truly believed that, but why? Was it those dreams? She reacted like anyone would, a gasp and “oh don’t say that.” I felt terrible for thinking that, even saying it out loud. Yet it was something I seemed to know. The following week Madox complained for the first time about double vision.

Not very happy to be sitting in ER

Do our dreams have a window into the future? A kind of warning? Would anything have changed if I allowed the dream to continue to find out what kind of cancer my dream was warning me about? I think these were warnings for me, but I didn’t listen. I never remember my dreams, yet I always remembered these ones. And this dream never came to me since Madox was diagnosed. Not once have I dreamt of being in the ER with Madox, in that room since. Now my dreams consist of all the horrible memories while Madox was ill, if I remember a dream at all. It is very rare for me to remember a dream. Maybe that’s why I should have paid more attention to the ones I did remember. Maybe I would have been more attentive to Madox’s changes before he even complained of his eyesight. Maybe he could have received treatment sooner and lived longer? I guess I will never know.