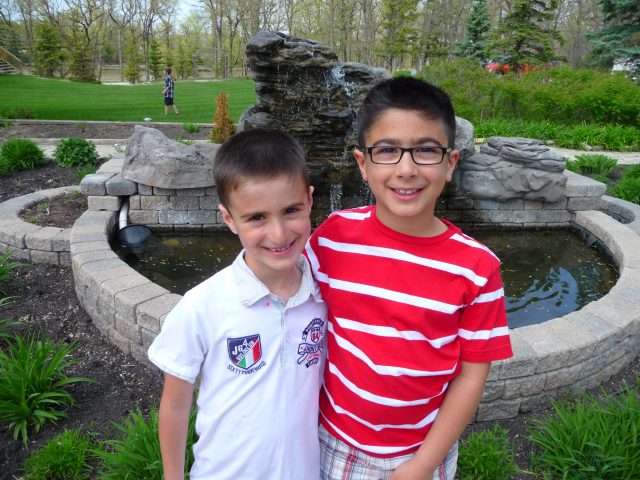 Another terrible night. Woke at 12:30am and never really got back to sleep. Started off with lots of pain to his left side and back, then the gurgle chest started. All three of us were sleeping in the living room with Madox on the hospital bed, so we were always ready when he needed us. I started suctioning him deeply overnight, but nothing much was coming out. It’s clearly in his lungs 🙁

Placed Madox in a brief when he was in a deep deep sleep because he kept refusing to let us put one on him before. He is looking so exhausted and weak, working so hard just to breathe. Somehow he still managed to keep that brief dry and would ask to be taken to the bathroom. We encouraged him to just go in the brief because carrying him caused more pain, but he refused and just kept asking for the toilet. So Marco would carry him, and I would support his head. He was now at the stage where he no longer could support his head up. Every hour something else was stolen from him. He was deteriorating quickly.

I called the palliative doctor in a panic because I couldn’t get Madox’s secretions under control. I was giving so much atropine and glycopyrolate, I didn’t know what else to do. By 5:30am the doctor came to the house and increased the dosing to all the meds, even though I had already increased everything by double. It was getting to the point that I had to discuss with Marco about the pain medication. “If I give Madox way more medication to get rid of his pain, which is what I want to do, it will also sedate him and eventually relax him to sleep.” Marco understood and agreed as Madox shouldn’t be feeling pain, or struggle to breathe. The breathing was the worst thing to have to witness. It sounded like he was drowning. He was still fighting so hard, it will never leave my mind. At this point the doctor suggested we call family to say their goodbyes. He gave Madox hours to days. Marco woke Valin (he had convinced Valin to go sleep upstairs around 2am since the suctioning was so loud) and explained everything the doctor had told us. Marco had come downstairs alone, so I went upstairs and found Valin sitting on his bed crying. I gave him a big hug and we cried in each others arms. All I could say was sorry over and over. Sorry for not stopping the tumour. Sorry for not preventing the cancer. Sorry for not protecting your brother. Just so many sorry’s.

After informing family, they were all over within the hour. I can’t imagine what Madox was feeling or thinking when everyone was over at the same time, crying; or holding his hand; or telling him what an amazing boy he has been; how loved he is; and lots and lots of hugs and kisses. He is a smart boy. He felt it. He knew he was dying. But since he could barely speak, he only said a few words from time to time. We sent Valin to his friends house so he didn’t have to watch all his family crying for Madox. He didn’t want to go but we forced him to try and have fun with friends

. After everyone left within the hour, Madox whispered “where’s Valin? I want to talk to him.” So we called Valin and he sprinted home and ran to Madox’s bed and held his hand. Madox turned his head to Valin and said “you can have all my stuff” then managed to sit up tall (with our support) and hugged Valin with both his arms. Madox hasn’t been able to hug anyone with both arms in a very long time. In that moment we all sobbed and Valin cried “don’t leave me.” This memory will forever be etched in my mind that will forever burn my heart and soul.