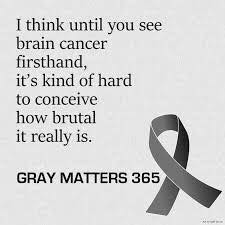 Today Marco and I went to the Valour FC soccer match. Valin was sitting with his soccer team as they all got a free ticket for winning the provincials the other day, so his aisle seat next to us sat empty.

As we were watching the game, in the row in front of us, a man leading his son then wife were trying to walk out of their middle seats to get snacks before half time. It was clearly a struggle for them to try and move between people in the row. Marco made a sad noise as I looked up and saw their sweet little boy. He reminded us so so much of Madox when he was going through his battle. This little guy was a little unbalanced with his walk, and had the typical moon face caused by steroids. To add to our heartache for this cutie, he looked at Marco and apologized for standing in his view. Marco immediately said “don’t worry about it buddy. Take your time”. I felt Marco’s body sink in sadness that this boy felt he needed to apologize for nothing he did wrong. After they left, we just sat there in silence, sad for that young boy and sad for his parents.

Eventually as I was going to the washroom, I saw them standing near the top of the stairs holding snacks. I couldn’t help myself and approached them, offering them our aisle seats to make their game more enjoyable. They were kind enough to take me up on my offer and we began talking. This cutie and his family were thrown into a brain cancer diagnosis, eventually figuring out it is DIPG (doctors called it midline glioma but we know it’s a new term for dipg). It is no wonder he reminded us so much of Madox. Then as if I had known them for years, I grabbed dads drink and food so he can concentrate on his son, and started walking them to our seats. 🤣 G
lad he didn’t slap me for just taking his food. Luckily, the 2 seats in front of us were empty so we sat right in front of this sweet family and were able to get to know them a little more.

I don’t know what the odds are that we bumped into a family whose child was recently diagnosed, but I am happy we did. I just hope we were able to make their day a little bit more comfortable and maybe helped them by sharing a few things we knew worked for Madox.

It doesn’t take much to be kind to people. Paying It Forward can even be just sharing your heart with someone. We don’t know everyone’s story, so be gentle. If you take the time to talk to people, you may end up meeting some pretty amazing humans.