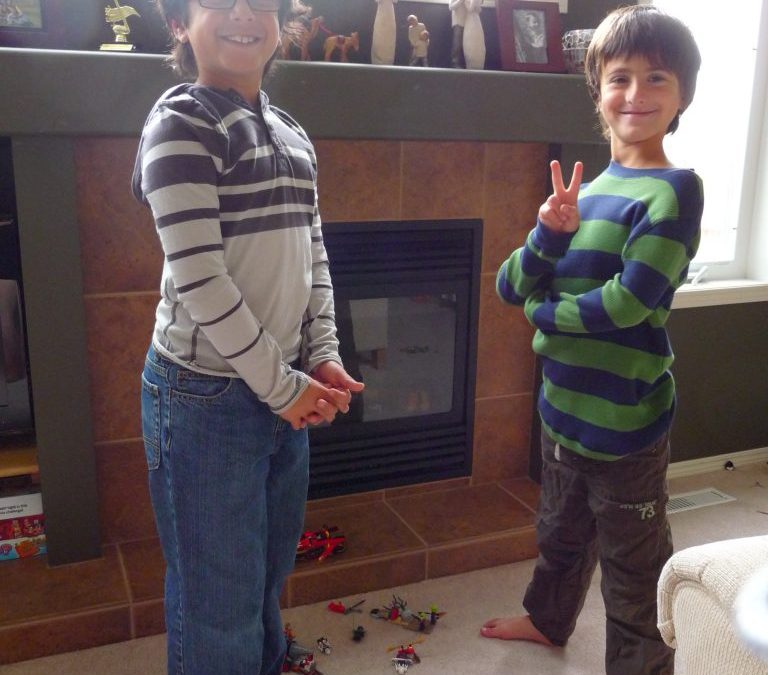 First day of school came upon us quickly. Maybe I ignored the hints and displays, inverting myself to protect my heart. No school supply shopping. No new clothing requests. We were in our own world, happy for the summer. First day of school still came and reared its ugly head at us. First day photos infected social media. Happy faces, fancy clothes, new friends, new school. New school. That hit me the hardest. Madox would be starting at a new school this year. High school. Grade 9. Back with Valin after only a year apart. Instead, Madox never made it to grade 4. Always stuck in elementary school. Never experiencing the changing of schools, meeting new people and making new friends. Never having nervous feelings about entering high school, being the youngest group in the school, or joining school sport teams. There are too many nevers.

First day of school was only a half day for Valin. So I dropped him off as I was running errands. Nothing seemed out of the ordinary until a friend of mine sent me photos of her kids first day of school. I sat outside of the grocery store and tears streamed down my face. I had forgotten to take Valin’s first day photo. It hadn’t even crossed my mind. I have never forgotten to take that important photo, yet here I was, completely shattered at my forgetfulness. Or did my brain just shut it all off to cope? Regardless, I need to remember to take a photo on the second day of school. It’ll still work, right? ugggg

Shaking it off, I went to the bank. While there, I needed to change Valin’s account over to a student account from the start up Leo account. I know, I know, I’m way behind. Clearly my focus is amiss. Once inside, the teller asked if I will be changing over Madox’s account. I froze. I purposely never told the bank of Madox’s death. I liked seeing his name in my group of accounts. Today I felt I couldn’t carry it on anymore. So I swallowed hard and said ” transfer the entire account over to Valin’s and close Madox’s account.” I had to say it quickly. Huge frog in my throat. Everything went silent around me. I couldn’t hear anything because I was so focused on what I had just said. Close his account. It may not seem like a big deal to some, but it’s pretty huge. So final. I will never see ‘Valin’ and ‘Madox’ when I log into my banking. My heart broke again in that moment. The teller was good. She didn’t ask why I was closing the account. She just did exactly as I asked so I was on my way quickly. I hadn’t even made it to the door when tears began flowing. I made it to my car and sobbed. The finality of it all. Constantly giving me reminders I never want.

Before Madox died, he had a moment with Valin. Specifically told Valin he can have all his money and all his toys. When I told Valin later that evening that I had transferred Madox’s savings into his account he just looked at me in silence. Quietly he said “thanks Madox.” I stood up and walked away with tears in my eyes again. Those that think it gets easier, you are very very wrong.