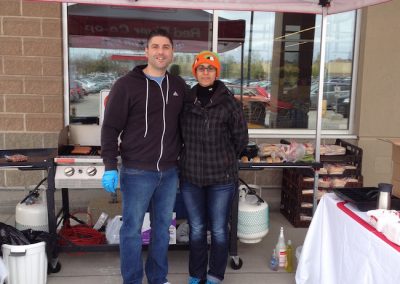 We were contacted by Red River CO-OP grocery store a few weeks ago. The division manager Todd McNaughton told us about how May 9th will be their 1 year anniversary, and they want to do an outdoors hotdog sale. He asked if Madox’s Warriors can be the charity of choice at the St.Vital location during that sale. We even were lucky enough to get to do a live spot on 1031 Virgin radio!

Not only did we raise one of the largest amount they have had with $894.30, but manager Doug Wiebe rounded the total up to $1000!!! Such a generous group of individuals running Red River Co-op. Thank you so much to the staff for all your help.

And clearly we named our organization pretty accurately. You have all been Madox’s Warriors through this right from the beginning. Thank you everyone who came out to grab a hot dog, or two. Much love to you all