Even though I never cared about my own birthday, birthdays have always been a big deal in our home. We would hang a ‘happy birthday’ sign a week before the special day, and leave it up a week after. Favourite dinners were made or ordered, and the entire day was planned by the birthday boy. I would plan the birthday cake weeks in advance, as the requests had gotten bigger and more complex. I would end up making two cakes as the boys would need one for the family party and one for the friends party. The evening always ended with board games or a movie. We loved every minute of birthdays. Sadly, those special days have changed for us. No longer do we get as excited about our day, or spend weeks planning the cake. Valin has gotten to the age where he just wants a few close friends over for a movie and sleep over, not even asking for a themed cake. I wonder if a part of it is him missing his brother on his special day.

Tomorrow will be Madox’s twelfth birthday, if cancer hadn’t killed him. He was always so giddy about his birthday. Talking about what food he wanted, what kind of cake I needed to make and what games we would play. Would he still be that excited at age 12?  The last birthday Madox celebrated with us was his ninth birthday. He had been discharged from the hospital three days prior because I had threatened to take him AMA (against medical advice). I refused to ‘celebrate’ his last birthday in a hospital. On his ninth birthday, he lay in a hospital bed in our living room surrounded by family and friends. He had a flat affect, looked drowsy, and was unable to use his left side. I made him a cake, themed after the online game Clash of Clans. Valin spent a lot of time helping me make the characters on the cake as well. I held Madox in my arms to show him the cake. He tried to smile, but only half his mouth turned up. He was on pain meds, feeling the effects of the radiation, and still reeling from the tumour making a home in his sweet brain. When he was more alert weeks later, he didn’t remember the cake, the presents or the people around him. That hurt my heart knowing his true self had already been stolen.

When he was able to walk again, alert and off radiation, we invited some of his friends out for a late birthday party in June. They went mini golfing and go karting. He was so happy! He requested a dragon cake, knew exactly which friends to invite, and had a fun time. I hadn’t seen him smile and laugh with friends like that since before he was diagnosed. It was bittersweet as we knew at that point, the tumour was growing and killing our son. I wish I could share a photo of Madox smiling with his friends, but I did not ask for permission from his friends parents to post online.

Madox made the black monster on the left. Valin made the red dragon on the right

This will be our third  year ‘celebrating’ Madox’s birthday without him. THREE! It may not sound like a long time, but it truly feels like eternity. We no longer have to prebook an activity for Madox and his friends, no sending out invitations, no buying of supplies. No more watching Madox with his friends laughing and running around. Instead, I make a cake for my son who cannot eat it, visit a son who is no longer here.  I know it may sound odd for a mom to still make her son a cake after he has passed away. But to me, that mom, it’s the last birthday tradition I can hold on to. We bring his cake to his plot, sing ‘happy birthday’ and Valin blows out the candles. We sit, eat some cake, ensuring we cut a slice for Madox, and talk about fun times with our birthday boy.  My heart will forever be heavy on March 30th. 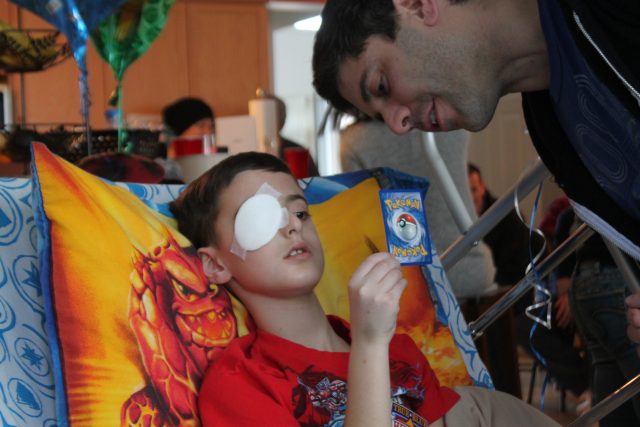