Many people knew my struggles while Madox battled and after his life was taken because I journal. I journal to help myself heal, help myself to always remember, but also to help others going through a similar internal fight. I have been told I am “amazing to be able to get up everyday” or that I am “strong”, which I disagree to both. I am far from amazing or strong. I get up everyday because I owe it to my living son Valin, but also to my husband Marco. Just as they get up every day because they owe it to me, as well as Madox. While I do not feel I am strong, I do feel I am stronger because of the support from Marco. That has always been unfaltering.

Marco doesn’t share often on our social media sites about his feelings, but sometimes you get a glimpse of them in a random post or when he shares a sweet photo of Madox. Dads grieve differently than moms, but each individual person grieves different as well.  Since many of us read a moms post about her feelings, about her child’s battle, about how their family are getting through this life, we tend to forget about the dads. For many of us, dads are who kept the family afloat during the mind numbing life of cancer. Dads may be silent in voice, but they speak volumes with gestures and actions.

We had our boys close in age and we don’t regret it. Yes we had hard moments, but they were the best of friends and I will always cherish those moments. Marco is the involved dad. He loved when I would pump so he could bottle feed the boys, made little games during diaper changes, and ensured he always gave the boys their evening baths since he missed out on all the fun while he worked all day. He was always outside playing catch, shooting hoops, playing street hockey (and many of the street kids would join), or building snow forts every chance he got. Marco wasn’t a father to his boys, he is a dad. A dad is involved. A dad is loving and caring. A dad puts his kids ahead of himself and work.

When Madox was diagnosed, our lives came crumbling down in an instant. I fell apart, refusing to even listen to the neurologist as she spoke. Marco held it together and got the information he needed. He was the one who sat down one on one with Valin and told him the horrible news we just received 3 hours prior. He would cry in front of Madox telling him how much he loves him, but was also strong when Madox needed it. Seeing your child intubated and sedated is a gut wrenching thing to witness, but Marco didn’t flinch and was there day and night holding Madox’s hand, reading books, and helping the nurses give him a bath. I knew without a doubt I can leave Madox overnight and feel safe he was being taken care of. Not all women can say that about their husbands caring for their children. 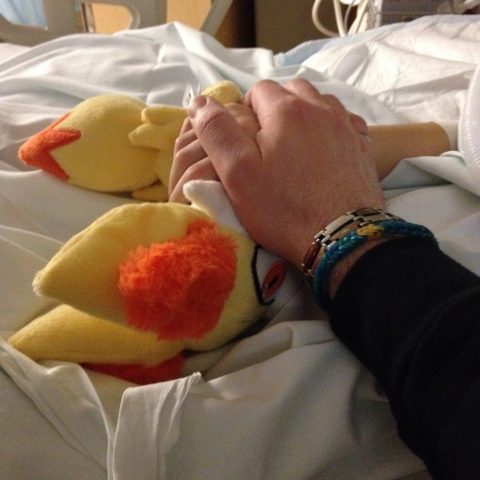 Stealing a moment while in the ICU

When we finally got to take Madox home, I couldn’t control the sinking feeling of Madox dying soon. Marco would put on a happy face for Madox’s sake and would remind me to smile in front of him. Marco kept me above water, reminding us all to enjoy every minute together. This allowed us to laugh together and to enjoy our final days. Madox felt so safe with his dad because he knew dad would do anything and everything for him. Marco sure knew how to make Madox laugh, sometimes on my expense. The best was when Marco told the boys what RN meant. Madox hadn’t smiled or laughed in a long while, as it was only a week after he was discharged from being in the ICU for almost 3 weeks. They were all at the dinner table eating and Marco said casually “did mom ever tell you what RN means after her name at work? She says it means registered nurse but it really means Razor Nipples”. The boys howled and howled while I tried playing it up by acting mad at Marco. Madox actually grabbed his cheeks complaining they were hurting. THAT, is a dad!!!! The boys are so lucky to have gotten such a great dad in their lives. Not all of us can say we had a fun, goofy, loving dad.

There are days when Marco is obviously low and hurting, but he doesn’t hide it either. I feel that is healthy for Valin to see as some people still think men aren’t suppose to cry or show their feelings. I truly believe Valin will be a caring, affectionate man when he grows up because he has an amazing role model. Without Marco, I would not be working, or getting out of bed and living in my own self pity. He helps me stay grounded, and strong. His love for me as well as his unconditional love for his boys keeps me pushing forward. It was Marco who thought to start our charity to honour Madox and to help other families fighting DIPG and other brain cancer. He has given me a reason to continue fighting.

So to Marco, and all the dads out there fighting for your family, I thank you. You are loved and deeply appreciated. 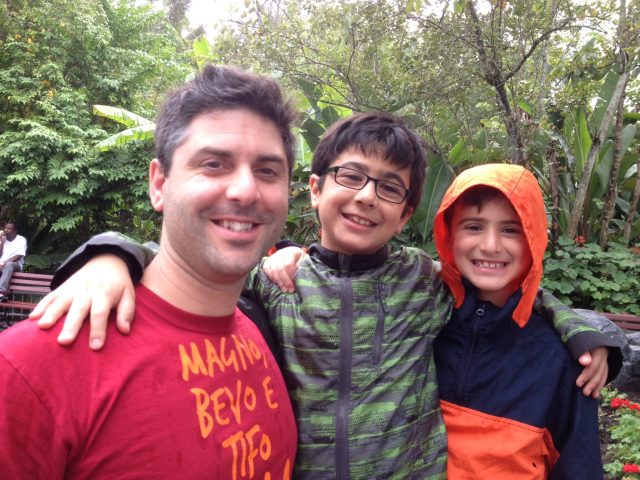