Halloween, not what it should be 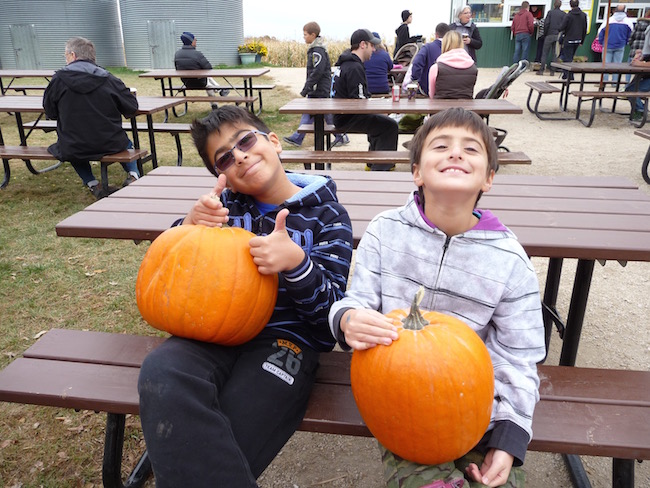 Halloween. What does Halloween mean to you? To your family? To us, it was full of fun and laughter. Decorating the inside and outside of our house full of scary and cute things. Planning for future Halloweens with new decorations. Knowing what costume the boys wanted weeks in advance. Baking and decorating too many sugar cookies. The boys putting in their “order” for the school party treats they wanted me to make and bring.  I would say Halloween is our favourite holiday as a family. Every year, Marco and I would take turns walking around with the boys as they run house to house. One parent would stay home to hand out candy, while the other walked the streets with the boys. The last halloween Madox was able to attend, Marco was the lucky parent to giggle and run between houses with them. It just isn’t the same anymore, nor will it ever. Last year was the first year we didn’t hand out candy. We both joined Valin and a couple of his friends trick or treating. It was very hard for me, for us, to watch him walk without his brother by his side. They were always with each other, never running ahead of one another. It was so hard to see only one. After trick of treating, we packed up and went to Madox’s resting place. Valin picked out a few candy’s and one chocolate bar he knew Madox loved. Valin laid them on Madox’s name plaque and began talking about how he missed his little brother. Valin doesn’t talk much about his feelings but sometimes he relaxes enough to share a glimpse of his heartache. That was our first Halloween without Madox, the first of many. 🙁

This year was Marco’s turn to join Valin. Valin really didn’t need a chaperone but we know this may be the last year Valin lets us walk with him and his buddies. While they were having fun, I sat at my doorway wearing a really creepy mask waiting for each child to come to my door. Madox would have HATED the mask. Haahaahaa. I remember I had a big poster of a scene with many vampires in their lair. I had it on the wall walking upstairs to our bedrooms. Within a few days, Madox had me move. I put it in the dining room but on the wall behind him so he didn’t have to stare at it while we ate. Within another few days, he managed to convince me to put it away. The following year I tried putting it up again and he flatly said “can you just throw it out?” I laughed so hard. Still don’t know why he didn’t like that particular decoration as we had a few scary ones. I did as he asked and threw it out. I’m glad I was a good momma about that, and listened to his request.

I love that I can remember specific happy memories associated with certain days. Although I seem to dwell on the hard memories, the good ones find it’s way through. It makes me smile and my heart warm at little things Madox said or did. But it is short lived as I weaken knowing that is all I have left. Nothing new for the remainder of my years on this earth. I don’t expect anyone to understand, as it is very hard to grasp when you have your children smiling and laughing at your side. This hole will never be filled, so I hold on tightly to the memories we once had. Valin has shared some funny memories with us about he and Madox. This makes us so happy, always making us smile. My worry is that Valin will forget some things about his brother, so we continue to talk about Madox and about things he said or did that made him unique. We will never forget while we forge new memories as a family of 3.