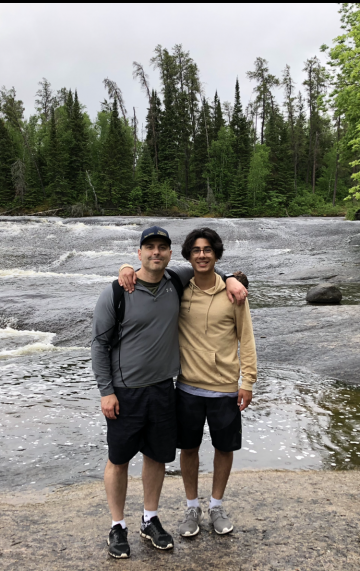 Another Father’s Day has come and gone, and missing Madox has not lessened. Valin and I planned a nice day away for Marco. We planned a day of hiking out in the Whiteshell, called Pine Point Rapids (Trail). It was a long drive but worth it. The air was fresh, the trees were full and green, and the weather was perfect. I wanted to do something different this Father’s Day, to help Marco get through his broken heart.

We had a great day together. Sitting by the rapids, eating lunch and listening to nature. Just being able to be in that moment helped us get through the day without Madox. As we walked behind Valin running ahead with his dog, Marco and I would talk about Madox and how he should be running with Valin. We talked about the last Father’s Day with both his boys, which was hard to think about as Madox was so ill. It was good to remember but also to live in the moment of the day. I think it was healing for all of us.

Once we got home, Marco wanted to visit Madox’s plot. We still need to visit his plot on specific days, even though it just crushes us. As I sat on Madox’s bench, Marco knelt down at his plot. We give each other time alone to be able to speak to Madox about what is on our minds and hearts. Marco knelt there for a long while. The more I watched, the more I sobbed. Marco was so excited when Madox was born. So excited to be a dad again, to hold his baby boy. Now he cannot watch his son grow older. Will not teach him how to shave. Will never teach him how to drive. Will never have a talk about girls and dating. All that was taken from him and now he kneels down at his sons grave instead. Thinking about everything we are missing tears me apart. I wish it was so different. 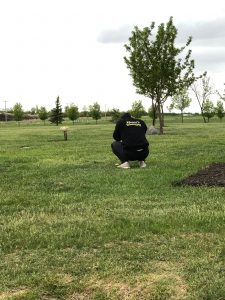 So now we celebrate Marco, the father of 2 beautiful boys. The man who would do anything for his kids, and his family. The dad who can only hug one son now. The father who is broken inside but rises above his hurt to be present for his living son. We love you Marco. Happy Father’s Day.